The American Society for Biochemistry and Molecular Biology has welcomed five new investigators to the society’s second cohort for the Maximize opportunities for independent scientific and academic careersor MOSAIC, program.

In August 2020, the company received a cooperative agreement with the National Institute of General Medical Sciences of the National Institutes of Health to develop and run a program that will support postdoctoral fellows and new investigators from diverse backgrounds who are embarking on careers in research-intensive institutions. (Read more about the $1.27 million prize here.)

“We are thrilled to establish our second cohort of MOSAIC Fellows and look forward to meeting and working with them during this important time in their career development,” Block said. “In many ways, we learned as much from our first cohort as they learned from us. The lessons we have learned from our continued support of our first cohort will strengthen our approach to working with our new investigators over the next few years. Seeing researchers support each other has been incredibly rewarding, and I’m proud of the community of scientists that ASBMB has cultivated through this program.

Asiya Goussa is a postdoctoral researcher in the laboratory of Sue Jinks Robertson at Duke University, where she studies stress adaptation in the human fungal pathogen Cryptococcus.

Gusa grew up in Columbus, Ohio, where she was introduced to research in high school through an apprenticeship program at Ohio State University. She earned a bachelor’s degree in microbiology from the University of Miami in Ohio in 1999.

She moved to Emory University in Atlanta as a UNCF-Merck Fellow to pursue her Ph.D. in microbiology and molecular genetics. There she worked in the laboratory of June R.Scott on gene regulation and DNA binding of a regulatory protein in Streptococcus pyogenes. She obtained her doctorate in 2006.

Gusa completed an Emerging Infectious Disease Fellowship at the Centers for Disease Control and Prevention and served as a speaker, instructor, and diversity coordinator for about a decade at several Southern colleges and schools before joining Duke as a postdoc in 2018. Gusa lives in Durham, North Carolina with her partner and two high school teenagers.

“I look forward to joining a cohort of researchers with a common interest in making meaningful contributions to science and increasing diversity within the research talent pool. I believe mentorship and peer support are key factors in ensuring success in pursuing careers in biomedical research,” she said. 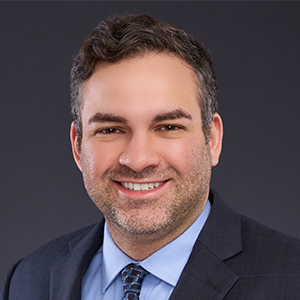 Christopher D. Radka is a postdoctoral researcher in the laboratory of Charles O. Rock in the Infectious Diseases Department at St. Jude Children’s Research Hospital, where he studies the biochemistry of lipids.

Radka received her BS in Biotechnology, Molecular Biology and Microbiology in 2011 from the University of Central Florida. He was accepted into the Equity and Diversity Enhancement Program Fellowship at the University of Alabama at Birmingham and participated in a NASA project that examined the influence of microgravity on the growth of protein crystals.

During his graduate studies in microbiology and structural biology, Radka was co-supervised by Stephen Aller and Lawrence DeLucas. He got his doctorate. in 2017. He also completed two graduate certificates, one in Technology Commercialization and Entrepreneurship and another in Education, at UAB.

At St. Jude, Radka is a founding member and co-chair of the Black Employees and Allies Resource Group. He is also a contributor to ASBMB Today. He lives in Memphis with his wife and two children.

“As a product of public education, I am honored to receive this competitive MOSAIC K99 support to continue my postgraduate training, and I am thrilled to receive the professional development and mentorship of the ASBMB MOSAIC program,” he said. he declares. “The opportunity to be a MOSAIC fellow will amplify my efforts as a principal investigator to promote diversity and inclusion in science, education, and professional advancement.” 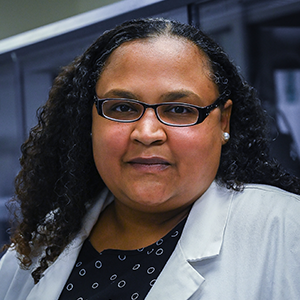 Starbird Crystal is a postdoctoral researcher in the Kathryn Ferguson’s lab at the Yale Cancer Biology Institute, where she studies the structural basis of TAM receptor tyrosine kinase activation.

Starbird learned to love nature as a child in Brookline, Massachusetts, so much that she started a nature club in second grade.

She moved south to the University of North Carolina at Chapel Hill to pursue her undergraduate degree in biology, which she earned in 2008, then spent a few years working in several academic and industrial labs before moving on. return to UNC for a post-baccalaureate program.

She got her doctorate. in Chemical and Physical Biology under Tina Iverson at Vanderbilt University in 2016.

Starbird is a co-founder of the Yale Black Postdoctoral Association and the Intersections Science Fellows Symposium.

“I am beyond thrilled to join the ASBMB cohort for the NIH MOSAIC award. It has always been my dream to launch a career as an independent researcher after my graduate studies and postdoctoral work, and this program will help make that dream a reality,” said Starbird. “Not only will I get financial support, but also advice and mentorship from the ASBMB community. Beyond that, I’m really looking forward to getting to know all the postdocs in my cohort and building a community who can support each other as we move into the next phase of our careers and beyond.

His MOSAIC project will use structural, biophysical and biochemical approaches to study oligomerization in a family of receptor tyrosine kinases and the interactions of TAM receptors with co-receptors. 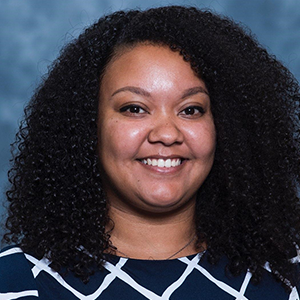 Kiesha Wilson is a postdoctoral researcher in the laboratory of Mitzi Nagarkatti and Prakash Nagarkatti at the University of South Carolina School of Medicine, where she studies inflammatory diseases and treatments using natural plant products.

A native of West Columbia, South Carolina, Wilson credits a middle school field trip to a pathology lab at a local hospital with sparking his interest in science.

She received her bachelor’s degree in microbiology from Clemson University in 2013, during which time she also had a daughter. She did a short stint as an industry microbiologist before enrolling in the University of South Carolina’s post-baccalaureate research teaching program and earning a Ph.D. in Biological Sciences in 2019.

Wilson volunteers as a mentor for the Science, Math, and Research Advocacy Scholarship Program in medical school and for the New Hope Leadership Academy and Empowerment Strategies.

“I am delighted to be part of the ASBMB MOSAIC cohort, which includes so many talented and diverse researchers. I look forward to networking with fellow MOSAIC fellows, mentors, and ASBMB members, as I expect there will be a plethora of information to share within our community,” a- she declared. “The NIH MOSAIC program will facilitate the transition from postdoctoral fellow to independent research professor through financial support, career development, and scientific training. As a result, I will become a better scientist, mentor, and advocate for STEM education among underrepresented minority populations.

His MOSAIC project focuses on the role of macrophages in cannabidiol, or CBD, in Staphylococcus enterotoxin B-induced acute respiratory distress syndrome. 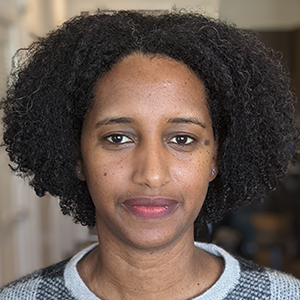 Rahel A. Woldeyes is a postdoctoral researcher in the laboratory of Wah Chiu at Stanford University, where she is adapting cutting-edge structural biology techniques to accelerate our understanding of the molecular mechanisms leading to cardiovascular disease.

Woldeyes’ passion for research was ignited as a young child by her desire to understand the cause of her father’s diabetes. This motivated her to pursue a career in biomedical research and she first obtained a bachelor’s degree in biochemistry and chemistry at the University of Minnesota, Twin Cities in 2011. She then did her graduate studies in the laboratory of James Fraser at the University. of California, San Francisco, as a National Science Foundation graduate researcher, earning her Ph.D. in 2017.

Woldeyes has experience mentoring, teaching, and reaching out to underrepresented students “with the goal of exposing students to biomedical research as a career option and empowering students to pursue their career goals,” she said.

“I am thrilled to be part of the NIH MOSAIC program. I look forward to building a strong support network with other MOSAIC researchers. I will also use the training and resources provided by the ASBMB to further develop my goals as I transition into a freelance career. »

Read about his MOSAIC project, “Cryo-electron tomography to determine mechanisms of calcium channel crosstalk in cardiomyocytes.”